Locomotion No.1 and the Bulmer Stone Plaque

Artefacts Of The S&DR 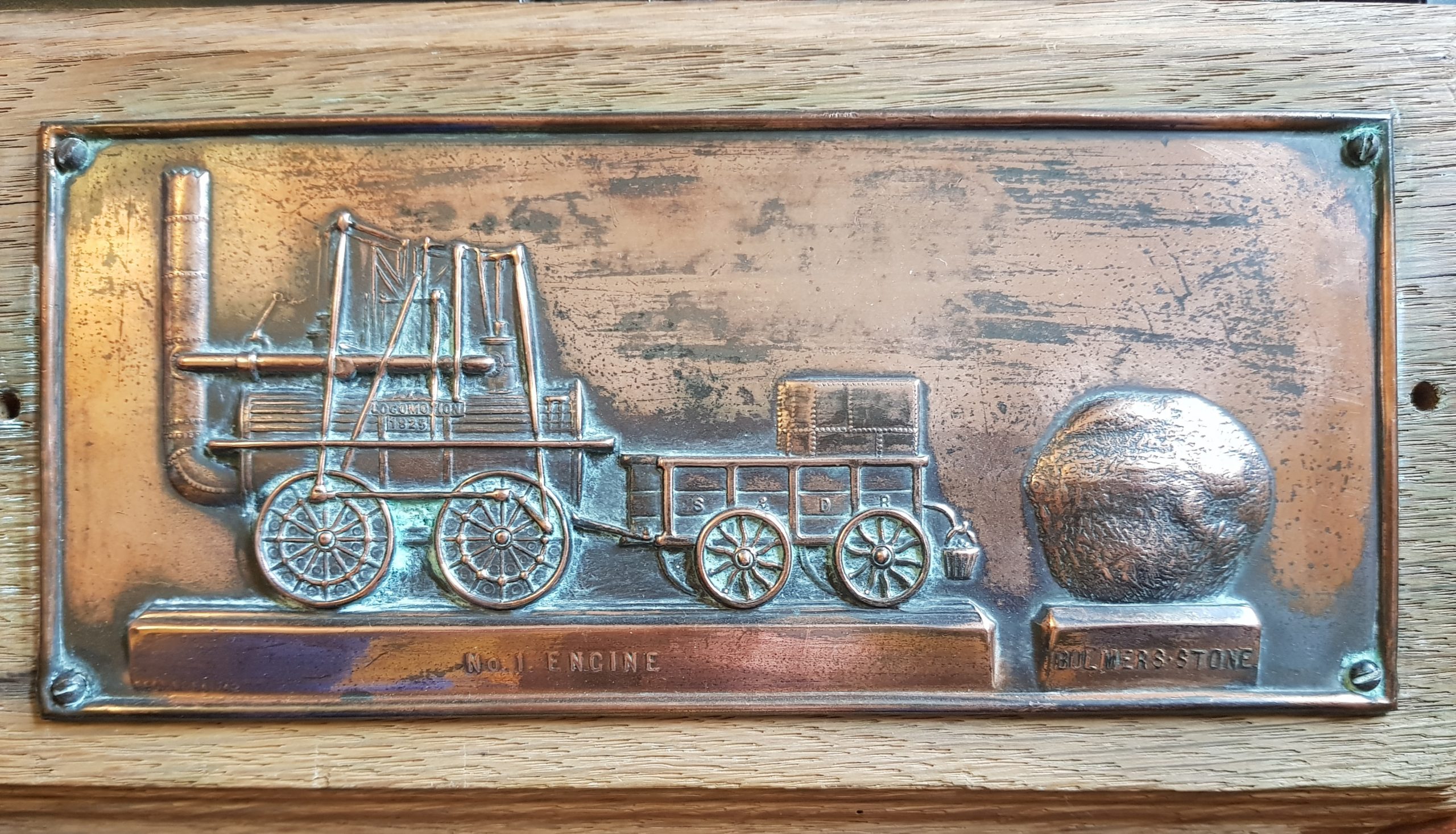 These plaques were produced by a shop in Darlington in the early years of the 20th century. The front is bronzed metal and features Locomotion No.1 and the Bulmer Stone. The back has a page glued on telling the history of Locomotion No.1 and the Bulmer Stone. This commemorates an important meeting that took place on Thursday 19th April 1821. George Stephenson, renowned for laying out railways and for constructing locomotives and Nicholas Wood a colliery manager working in partnership with Stephenson met Edward Pease at his home in Darlington. There are many myths about this meeting, but it seems that Stephenson and Wood travelled from Killingworth Colliery to Edward Pease’s  in the hope of obtaining an interview with him about the forthcoming railway; other versions of the story suggest that it was Pease who invited them so he could learn more about the possible use of locomotives.  Wood and Stephenson had travelled by coach to Stockton, then walked along the proposed route of the railway to Darlington. Their shoes were muddy so they sat on the Bulmer Stone opposite (a glacial boulder of granite used to stand on by the town crier) and removed them. According to some stories they then approached Pease’s house barefoot. As their visit was allegedly unexpected (this is unlikely), a servant turned them away (some say at the request of Edward Pease who was busy), but they were let in eventually and a discussion took place in Pease’s kitchen which resulted in Stephenson being employed by the S&DR to alter the proposed railway route so that it was suitable for locomotives. Whether the meeting took place barefoot or not, the result was that the S&DR was to become a locomotive powered railway and would test the reliability of locomotives and their economic efficiency and pave the way for the general adoption of steam powered railways that would spread across the world. 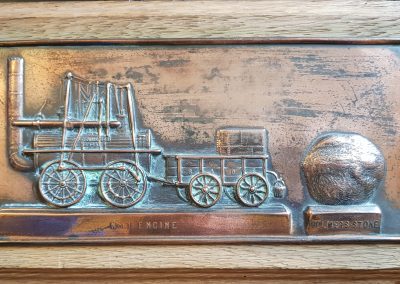 ← 1875 commemorative plate featuring Joseph Pease's Statue
We use cookies on our website to give you the most relevant experience by remembering your preferences and repeat visits. By clicking “Accept All”, you consent to the use of ALL the cookies. However, you may visit "Cookie Settings" to provide a controlled consent.
Cookie SettingsAccept AllReject All
Manage consent