Visit the the gardens of Thomas Storey 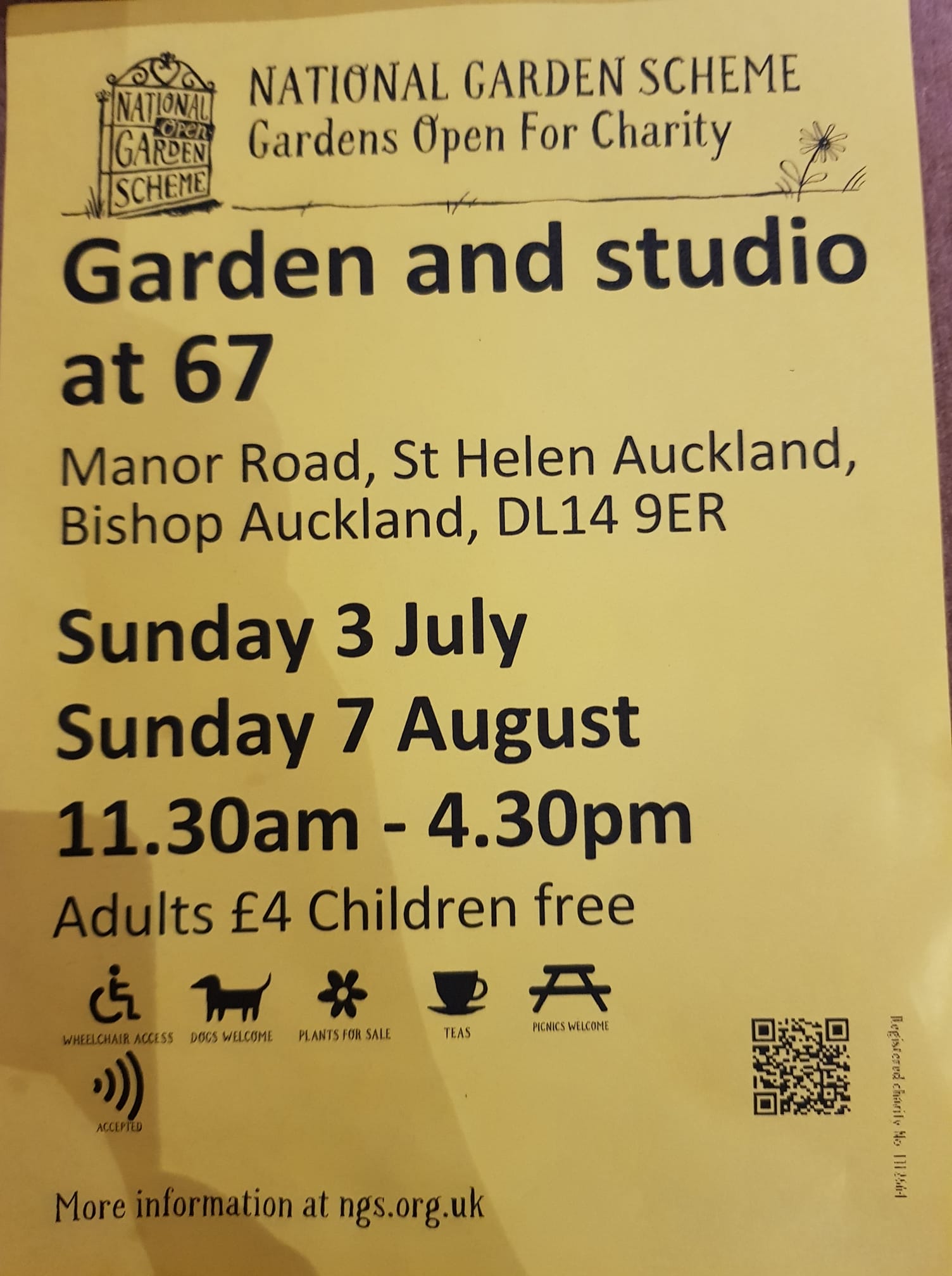 Visit the gardens first laid out by Thomas Storey of the S&DR. This event is part of the National Garden Scheme and costs £4 for adults which is donated to charity. Children can attend for free and dogs are also welcome.

Storey was one of the many talented people brought to the S&DR through their connections with George Stephenson. Born in Makemerich near Ponteland and educated at Stamfordham, he served an apprenticeship as a mining engineer in Lancashire, then Wales and Shropshire. He was related to George Stephenson through marriage to his wife Elizabeth and so he was released from his employment in 1822 in order to join Stephenson on the Stockton & Darlington Railway. He moved to St. Helen Auckland to be near his work and spent the rest of his life there.

As engineer to the S&DR,  his work included supervising the construction of the Haggerleases branch line, designing the skew bridge near the terminus, surveying the Middlesbrough branch line (and the alternative route not chosen at Haverton Hill) in 1827. He attended parliamentary committees to be cross examined on the proposed Middlesbrough branch in 1828, designed a stone bridge to cross the old route of the river Tees, oversaw and contracted out the work on the Middlesbrough branch – much of his work overlapping with his work on the Haggerleases.  He also designed and oversaw the construction of the Goods Shed at North Road in Darlington between 1832-3, designed new bridges as part of the widening of the S&DR mainline in 1831-3 and trained up the S&DR’s next engineer John Harris who took over in 1836.

No wonder at the opening ceremony of the Haggerleases branch, one of the many toasts was to ‘– “Mr Storey”, to whose professional skill and individual perseverance the Company and the public are alike indebted”.

He was the consulting engineer for the Prince of Wales tunnel at Shildon. He projected and formed the Great North of England Railway, of which he was the Engineer-in-chief. That included surveying the line between Darlington and York and building 77 bridges between the two towns. Only one of them collapsed!

He also projected and formed the Auckland and Weardale Railway, built the first Bishop Auckland station, and he was engaged on various other lines.

After leaving the NER he set up a smaller business in St. Helen Auckland. In that capacity he built houses including a row in Flintoff Street (off Newgate Street) in Bishop Auckland in the mid 1840s.   Flintoff was his daughter Hannah’s married name.

‘In person, Mr. Storey was tall and athletic, and capable of undergoing great fatigue. He possessed great decision of character, and was deservedly respected for his strict integrity and honesty of purpose. He was as scrupulously just, as an employer, towards those who served under him, as he had been when an agent, to those under whom he served. During the last few years, he lived in retirement, his health not permitting him to undertake any great public work.’

He lived on what is now called 67 Manor Road in St. Helen Auckland at the time of his death (at the time this was called Main Road or Front Street).  He died after a short illness, on the 15th of October 1859, aged seventy years old.  This was only three days after Robert Stephenson whose death dominated the local press.

We use cookies on our website to give you the most relevant experience by remembering your preferences and repeat visits. By clicking “Accept All”, you consent to the use of ALL the cookies. However, you may visit "Cookie Settings" to provide a controlled consent.
Cookie SettingsAccept AllReject All
Manage consent