Pease and Hackworth Back On Board After 200 Years 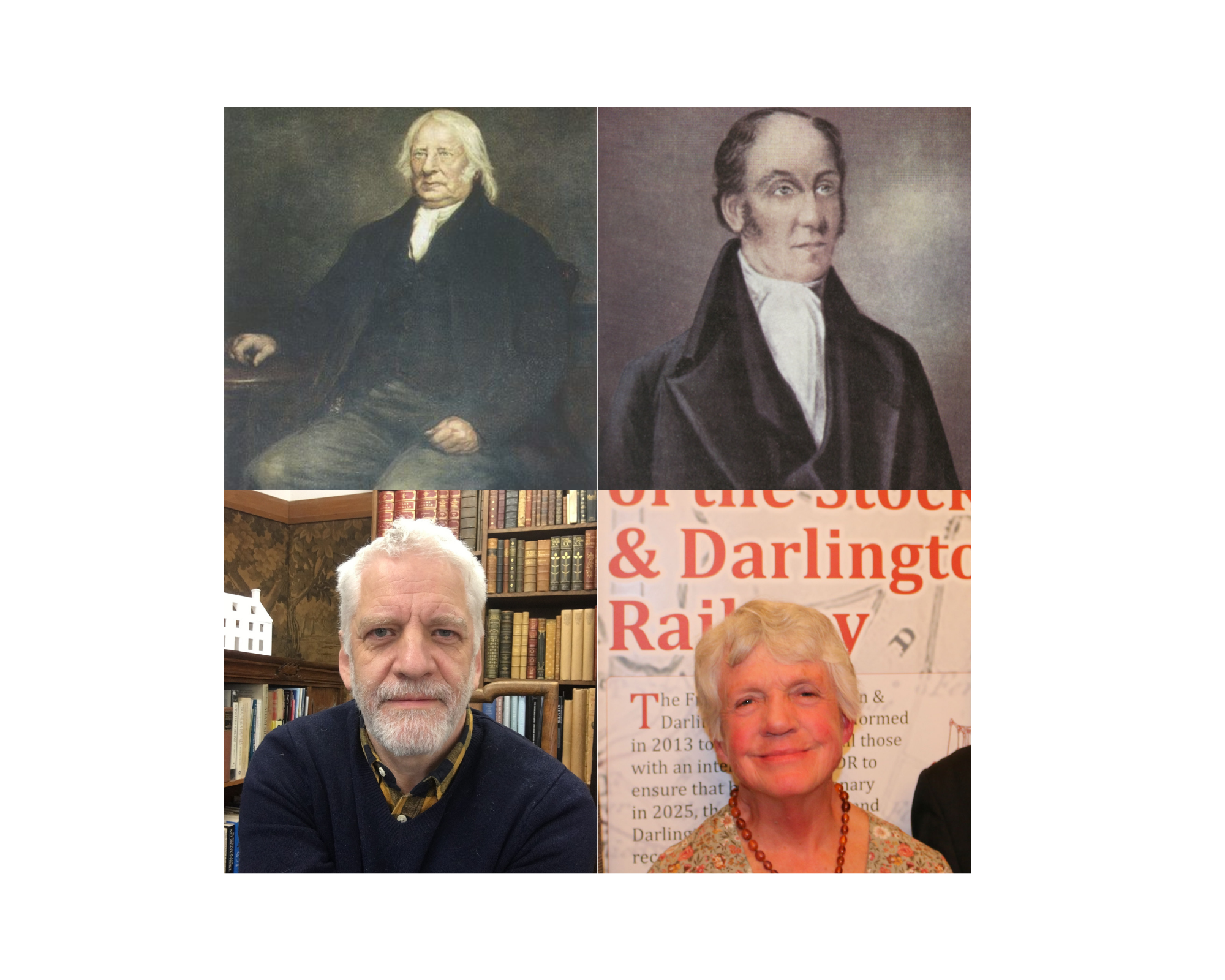 After nearly 200 years, descendants of the original railway pioneers have been reunited to promote the historic line that their forefathers were instrumental in creating.

Edward Pease was the driving force behind the railway, which is regarded as the birthplace of the modern railway, and Timothy Hackworth was the Superintendent Engineer when the line opened on September 27, 1825.

Niall Hammond, Chair of the Friends, said: “We are delighted that two people bearing such famous railway names, who also have a deep interest in the line’s achievements, have come on board at this crucial time as we seek to preserve and promote the S&DR in the build-up to its 200th anniversary which is just four years away.” 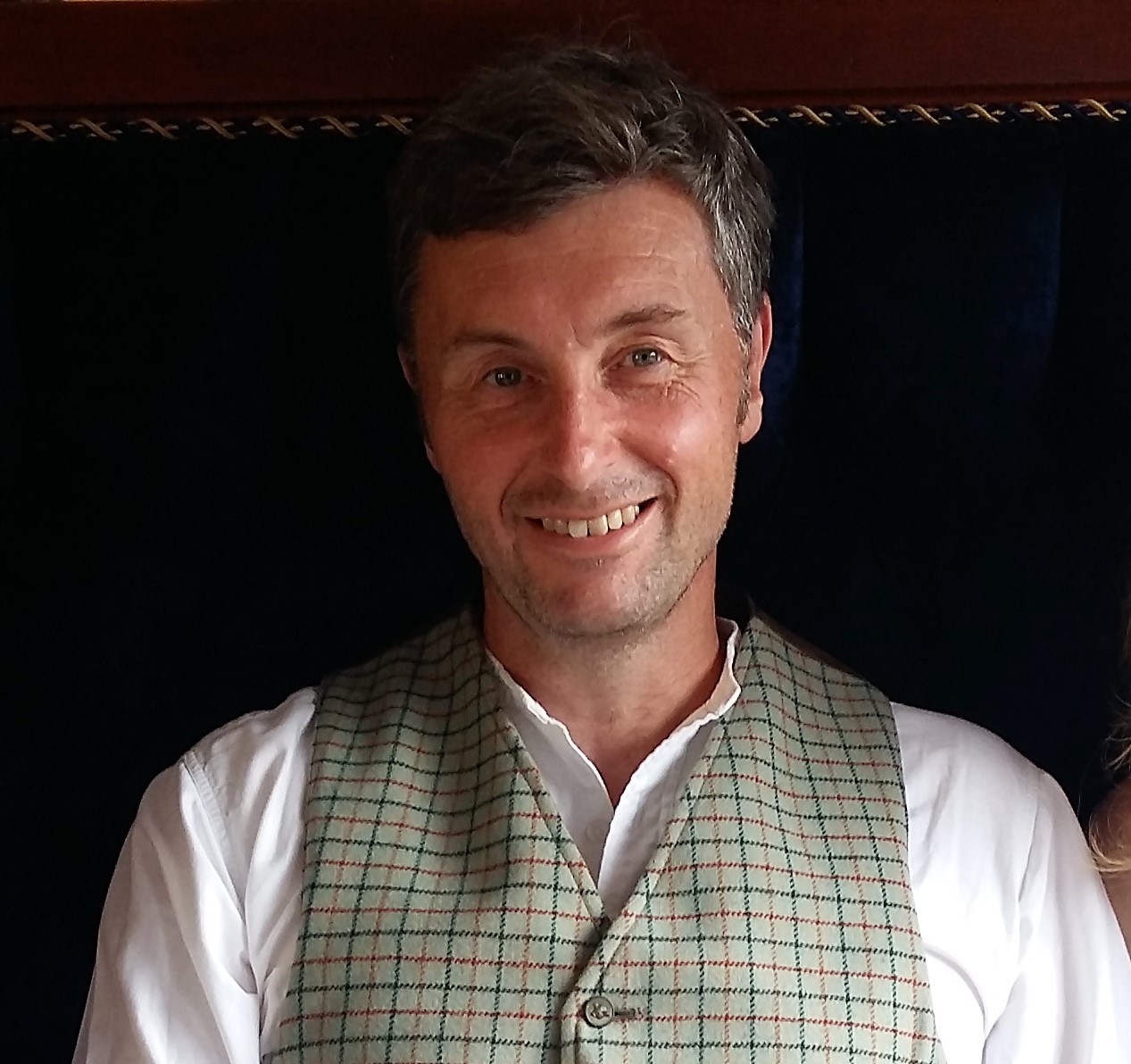 Niall Hammond, the new Chair of the Friends of the Stockton & Darlington Railway

Mr Pease’s ancestor provided the vision and much of the money for the pioneering line, and famously lived in what is now Domino’s pizza shop on Darlington’s North Road.

“The family is so proud of our involvement in the S&DR,” said Mr Pease, who is an architect who lives in Scotland, “and we have always taken a great interest in the way the line’s contribution to the world’s railways is commemorated.”

Mr Pease becomes the second President of the Friends after Lord Foster of Bishop Auckland, who died two years ago.

Ms Hackworth-Young’s ancestor managed the S&DR’s locomotive works in Shildon and his engineering skills ensured that the early steam-powered engines were a success.

Ms Hackworth-Young, who previously worked in the arts and voluntary sector in London, lives near Barnard Castle. She helped to get the Hackworth home in Shildon restored in 1975, and it is now part of the Locomotion museum.  She has been involved with the Friends since the group’s formation five years ago and continues to carry out research.

She said: “I am honoured to have been invited to become vice-president, and I’m looking forward to working with local communities to highlight the historic treasures on our doorstep.”

The Friends has recently been granted £40,000 from Historic England to be spent on community engagement and combating heritage crime over the next three years, and £35,000 from the Government’s Culture Recovery Fund to ensure the group is strong and sustainable once the pandemic has passed.

Mr Hammond, who took over from Trish Pemberton as the Friends’ chair in November, said: “These are exciting times for the Friends as our volunteers become increasingly important in looking after the S&DR’s physical remains and also in telling the line’s story to a national and international audience for the important bicentenary in 2025 and the years afterwards.”

A new area group for Darlington →
We use cookies on our website to give you the most relevant experience by remembering your preferences and repeat visits. By clicking “Accept All”, you consent to the use of ALL the cookies. However, you may visit "Cookie Settings" to provide a controlled consent.
Cookie SettingsAccept AllReject All
Manage consent