David Johnston is memorialised in St Cuthbert’s churchyard in Darlington.

His memorial is quite elaborate and substantial and is very much valued by the church community – they recently restored it and made it safe.  The work was paid for by Darlington Council.

David died on January 29th 1847, aged only 35.  He died of tuberculosis – then known as ‘consumption’ – a disease that struck down many people back then.  So why is he important to the S&DR story?

David was the acting foreman at the Darlington Railway Engine Works between 1838 and 1847 – little more than ten years after the Stockton & Darlington Railway opened on 27th September 1825.  He must have done a good job as the monument was paid for by his fellow workmen “as a tribute of that respect and esteem for his ability & exemplary conduct which he exercised towards them…” 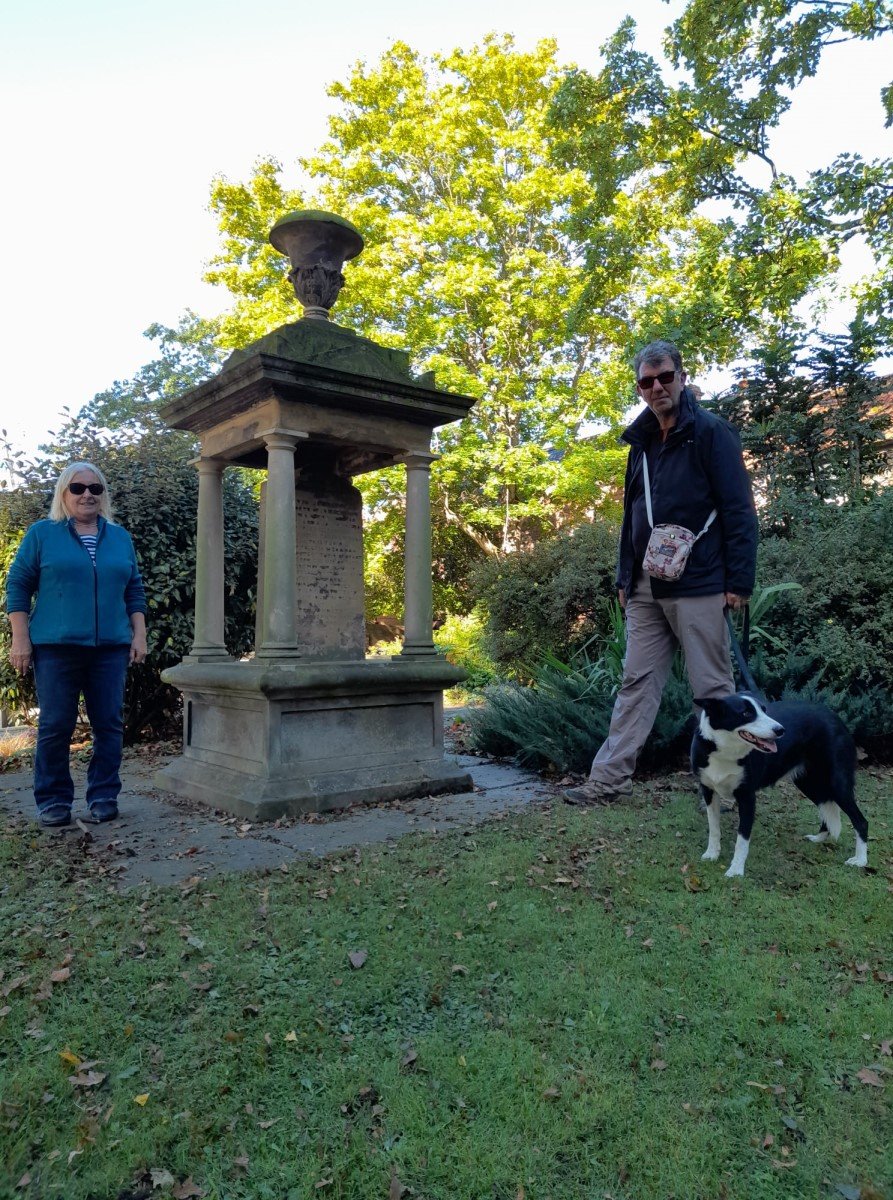 So this wonderful churchyard and church, which dates back to Anglo-Saxon times, is a fitting resting place for someone who played a valuable and valued role in the story of the S&DR.  He is a part of Darlington’s long history.

Why not take the time to visit the churchyard and pay your respects to David?

J Lanchester →
We use cookies on our website to give you the most relevant experience by remembering your preferences and repeat visits. By clicking “Accept All”, you consent to the use of ALL the cookies. However, you may visit "Cookie Settings" to provide a controlled consent.
Cookie SettingsAccept AllReject All
Manage consent