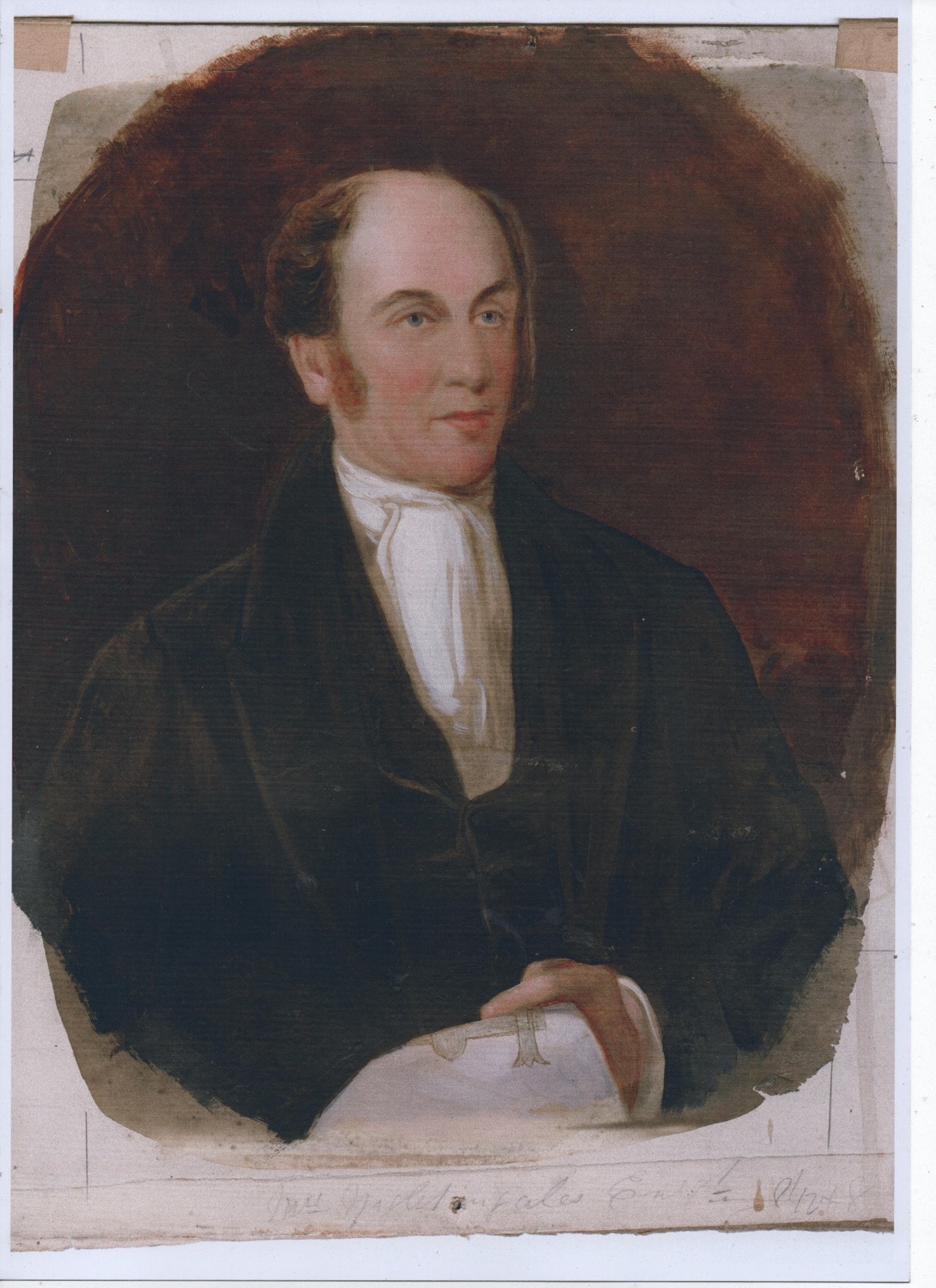 Timothy was born in Wylam in 1786, five years after his fellow railway pioneer George Stephenson had been born in the same village. Their paths through life diverged but they were brought together by early experience in the coalfields of the NE England, work on the Stockton & Darlington Railway, a mutual respect for each other and a shared genius in engineering.

Much has been written about Hackworth’s engineering skills, but here is a little about the man himself:

Hackworth was over 6ft tall, with a muscular physique acquired while training as an apprentice blacksmith. His features were described at the time as rather those of a poet saint than those of a practical engineer! One of the old engine drivers said “He was a fine, tall, majestic man, a real gentleman, who never let a wrong word pass his lips. His appearance was such that I think no man ever passed him without a respectable salute.” Another described him as a “frank, straightforward man”.

Public life held no attraction for him (which is why he is less well-known than George and Robert Stephenson), but instead he valued his work, his family, his employees, his religion (born CoE but changed to Wesleyan Methodism) and a strong belief that education was important in life. His home and family were his centre and everything else revolved around them. He was a keen gardener, and made a study of horticulture, but his chief interests were in the direction of mechanics, and he built many steam engines for grinding malt and similar objects, manufactured safety lamps as well as improving locomotives. He wasn’t a tough businessman, rarely patented his ideas and always shared his findings. This resulted in others sometimes being credited with his achievements.

He was never wealthy, nor ambitious and what capital he had was invested in his business, charity or the education of his children. He was generous to those poorer than himself, founded educational and religious institutions, and was a strong Royalist putting his children into mourning when William IV died (which they thought was great fun). He was interested in politics, but never addressed political meetings, although there was a complaint once that he had brought politics into the pulpit (he was a lay preacher). Although abstinence was popular, he refused to allow any of his children to take the pledge.

Hackworth died on the 7th July 1850 from typhus aged 64, leaving behind his wife Jane (who died two years later). Thus passed away a loving, kindly, gentle man, sincerely mourned by all who knew him, who had lived an upright, unselfish life, “as honest a man, as ever walked, a shining example to others, a benefactor of mankind, who earned the love of the poor, who did his duty and whose end was peace.”

← Mary Simpson William Craggs by Peter Giroux →
We use cookies on our website to give you the most relevant experience by remembering your preferences and repeat visits. By clicking “Accept All”, you consent to the use of ALL the cookies. However, you may visit "Cookie Settings" to provide a controlled consent.
Cookie SettingsAccept AllReject All
Manage consent