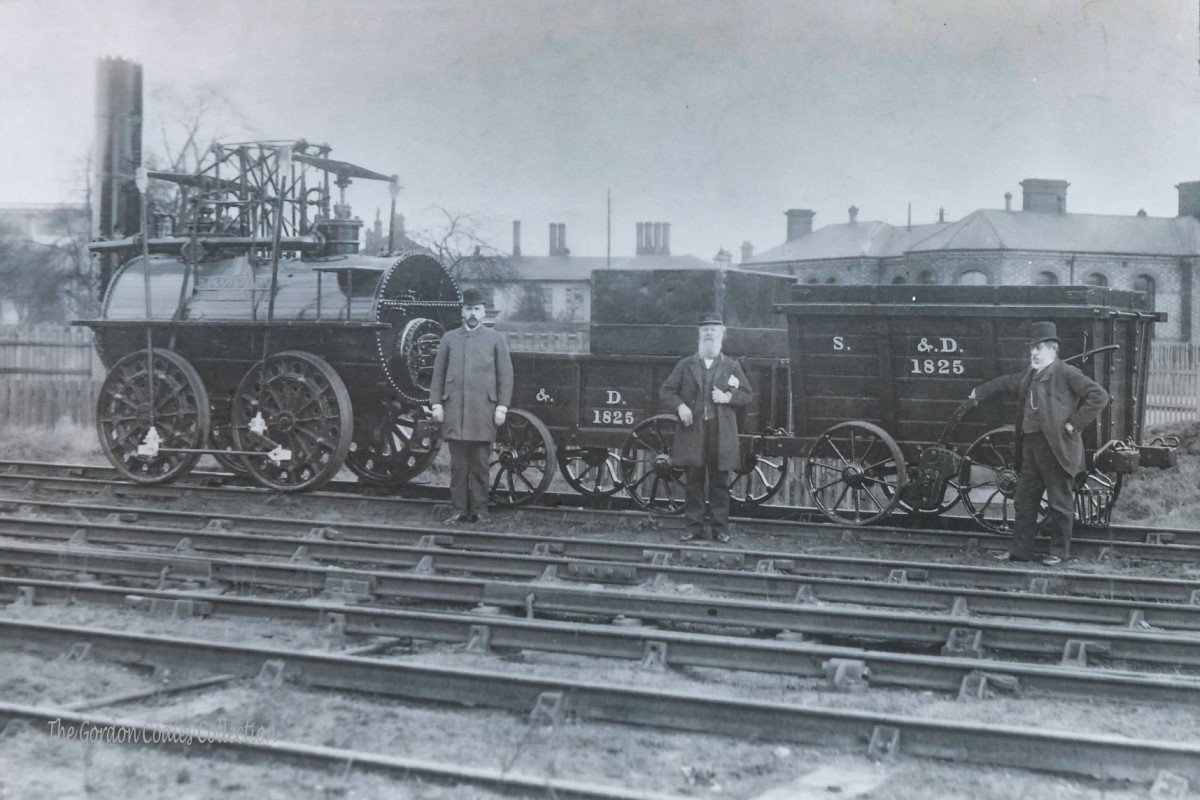 William Craggs was born in the year 1822 in Aycliffe and just prior to the start of the age of the passenger railways; he was the son of John & Jane Craggs. In the 1841 census the family were recorded living in New Shildon where William was working as an engineman and his father John was working as a joiner. His elder brother Antony was a labourer and his younger brother Robert was working in a smithy.

In 1843 he married Jane Burrell a Darlington lass born in Blackwell in 1822; she had been baptised in St Cuthbert’s Church on the 18th December that year. In 1844 their first son John was born and he was baptised on the 14th of April.

The 1861 census shows that William and his family had moved to Waskerley Park and he was working as an engine fitter. John was now 17 and working as a railway clerk while 14 year-old Thomas was an apprentice fitter. The family had also grown by five children – Jane age 9, Margaret age 6, Mary age 4, William age 2 and 5 month old Robert.

By 1865 the family were living in Darlington where his daughter Hannah was born. Sadly on the 14th of August 1869 Hannah passed away.

The 1871 census shows that William, Jane and their four youngest children were living in Anns Terrace. William was listed as a steam engine driver and his 24 year old son Thomas was an engine fitter. Margaret was 16, William 12 and Robert 10.

In 1875 during the S&DR’s Golden Jubilee William was the driver of Locomotion No.1.

The family continued to live in 18 Anns Terrace and the 1881 census showed that William was still driving steam engines and his sons William and Thomas were both working as engine fitters. 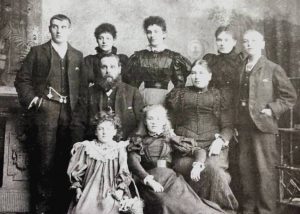 By the time that the 1891 census was carried out, there was only 69 year old William, 68 year old Jane and 36 year old daughter Margaret living at number 18.

On the 23rd of November 1895, William passed away. It was said that he had been the oldest living railway engine driver. He was laid to rest in West Cemetery in Darlington; his passing was reported by the Northern Echo and 58 other newspapers across the UK. 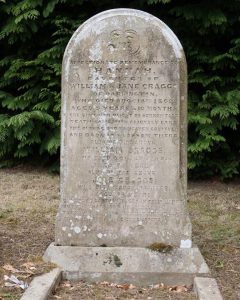 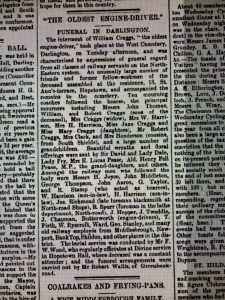 The two historic photographs featured in this article show William and his family and William standing next to Locomotion No1 [he is in the middle].

← Timothy Hackworth Thomas Richardson 1771-1853 →
We use cookies on our website to give you the most relevant experience by remembering your preferences and repeat visits. By clicking “Accept All”, you consent to the use of ALL the cookies. However, you may visit "Cookie Settings" to provide a controlled consent.
Cookie SettingsAccept AllReject All
Manage consent