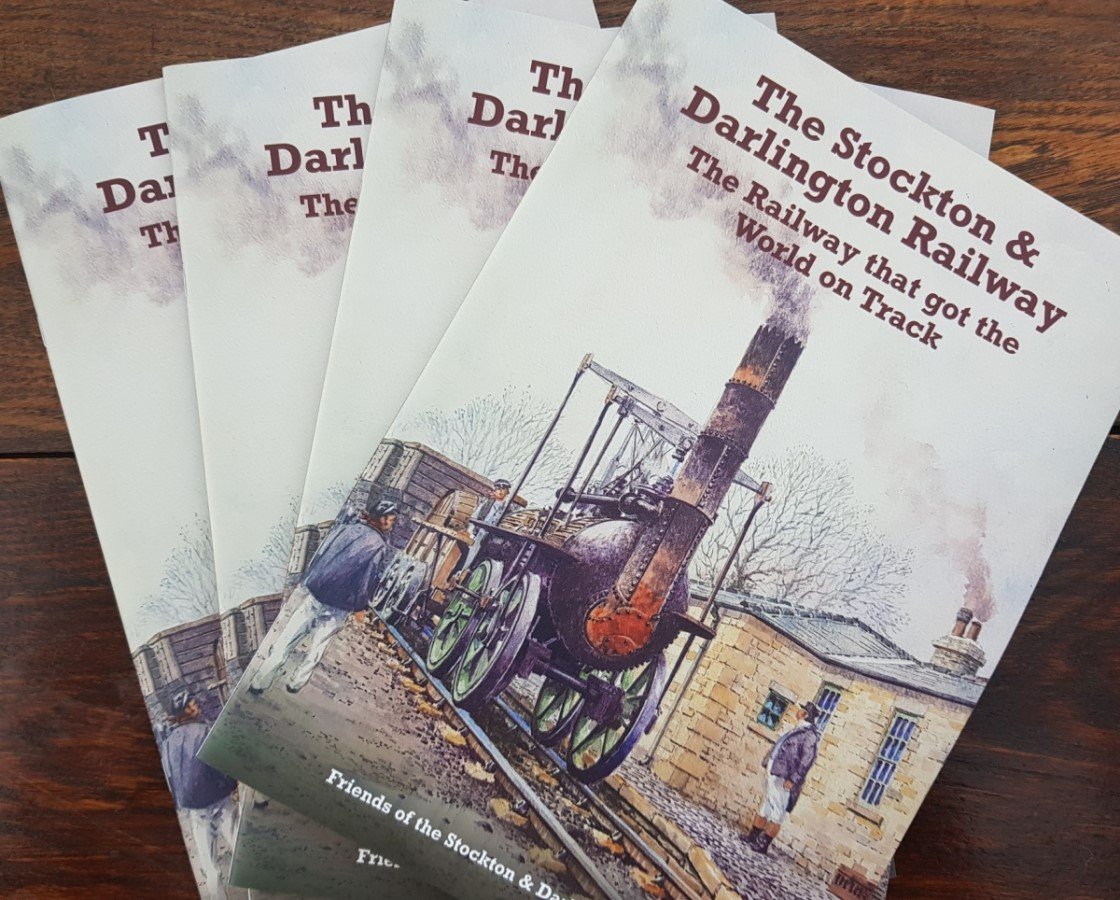 The Stockton & Darlington Railway. The Railway that got the World on Track

Produced by the Friends of the Stockton & Darlington Railway, this 40 page A4 fully illustrated colourful paper backed book outlines much of the information about the railway that got the world on track. This features some historic images rarely seen before.

Published with financial assistance from Historic England and the National Lottery Heritage Fund.

MEMBERS PLEASE NOTE – if you are a member of the Friends of the Stockton & Darlington Railway, you will receive a copy of this book free of charge.

The Stockton & Darlington Railway opened on the 27th September 1825. This was the start of the modern railway network that went on to cover the rest of the UK and the world.

The 26-mile-long mainline was located in North-East England in the historic County of Durham. It ran from the coal mines near Witton Park to the River Tees at Stockton, via Darlington and Yarm where there were two branch lines. Within the next five years it had an additional three branch lines at Croft, Haggerleases and Middlesbrough. Over the following decades, as railways spread across the world, the S&DR also expanded its network of tracks reaching as far as Barnard Castle, Tebay, Redcar, Saltburn and Weardale. It was amalgamated with the North Eastern Railway in 1863.

This is the story of the railway that got the world on track. Join us, as we build up a head of steam for 2025 and the 200th anniversary of the start of the modern railway network.

There are no reviews yet.

Be the first to review “The Stockton & Darlington Railway. The Railway that got the World on Track” Cancel reply

We use cookies on our website to give you the most relevant experience by remembering your preferences and repeat visits. By clicking “Accept All”, you consent to the use of ALL the cookies. However, you may visit "Cookie Settings" to provide a controlled consent.
Cookie SettingsAccept AllReject All
Manage consent